Game genres are groups of games with similar basic actions the player can make, such as shooting and jumping. These basic actions are called game mechanics, and they form the unit building blocks of play. Grouping games in genres makes it easier for players to find games that they like, and give creators a framework to discuss their work in relation to other games. Game genres have a similar function as film genres, and as such, it is not a full scientific classification system.

In this article, I explain the most important game genres, with some examples from commercial games as well as advergames. If you are thinking about making or commissioning an advergame, it is useful to consider the genre: what genre suits your business, what gameplay mechanics fit with your business goals, and what genres are popular among your target demographic.

The big genres can all be subdivided into subgenres; below I only give some of the most important subgenres; at the end of the article, there are additional resources if you want a more detailed breakdown of game genres.

Action games require practice to play well, and in a well-designed game, players get better the more they play. Because there is always room for improvement, action games are replayable—provided they give players the necessary feedback on their current skill level, as we explained in How points, leaderboards, and badges change the way players play.

Platformer. In a platformer, the player moves from start to finish in a world where there are many platforms—and therefore jumping is a key mechanic. There are often enemies to avoid or kill, or coins or other tokens to collect. Super Mario Bros. is an example of a platformer.

Among advergames, examples include Chupa Chups' Zool, Magnum Treasure Hunt, and Nike's Reactland. (The latter included augmented and virtual reality elements and therefor stretches what it means to be a platformer.)

Shooters. In these games, the main purpose is to shoot (and kill) enemies using a long-range weapon. The principle skill is accurate aiming. Fortnight is a multiplayer shooter game that has been extremely popular.

There are not many examples of shooters among advergames since brands usually avoid the association with violence. Chex Quest is a notable exception that was very successful. America's Army is another example. The genre is well well-matched with the "brand", although there is a lot of simulation gameplay too (simulation is discussed below).

Fighting games. The typical fighting game is a two-player game where players use intricate fighting moves to overpower each other. They were very popular in arcades where they allowed friends to challenge each other. Nowadays they are great for parties or other gatherings. Street Fighter and Mortal Kombat are classics that started big franchises that are still popular today.

Advergames tend to be single-player games, so this genre is less suitable and we are not aware of any examples.

In adventure games, the player plays as the protagonist in an interactive story, driven by exploration and puzzle-solving. The player usually has to collect items and figure out how to combine them to progress. Atmosphere is very important in adventure games; they tend to move slowly, engaging the player with the story rather than intricate gameplay.

This genre is named after one of the oldest examples of their type: Colossal Cave Adventure—often simply called Adventure—released in 1977. The name is, therefore, a bit misleading; while it does often have an "adventure" component to it, it does not always.

Some famous popular examples include The Secret of Monkey Island and Myst, and more recently Grim Fandango and Thimbleweed Park. 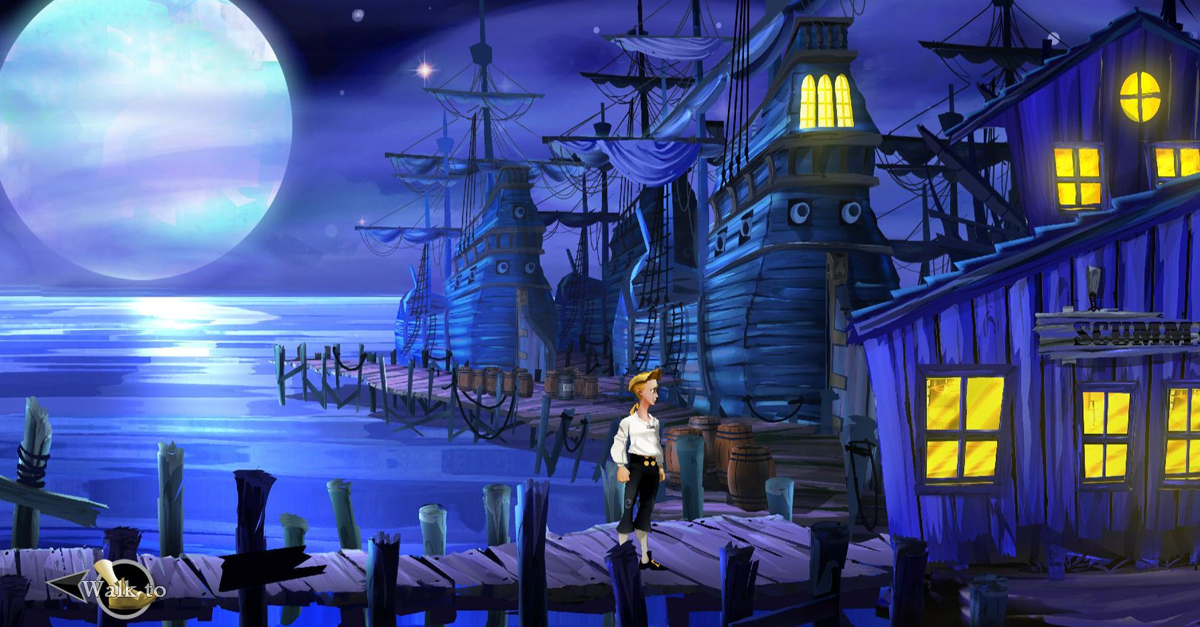 The typical adventure game consists of a sequence of puzzles that supports a linear story. There is not much challenge (nor surprise) when playing the game for the second time. Adventure games are therefore less replayable than many other genres; this is something to consider when contemplating using this genre for your advergame.

Escape-the-room games. This subgenre was originally a minimalist adventure game where the setting is a single room, and the goal is for the player to get out of the room by solving codes, puzzles. The genre is popular on mobile, and in modern escape the room games, the games can be quite elaborate with multiple settings, often presented to the player in cascade. The Room is a popular example.

Although we don't know of escape-the-room advergames, we believe it is a genre ripe for use because of the minimalist nature of the gameplay.

Simulation games allow the player to build and manage systems: cities, railroad systems, zoos, or households. Simulations can be very intricate, and the challenge is to predict the consequences of your actions and managing limited resources.

Simulation games are often intricate. They give players the opportunity to build and manage big systems that they may not be able to in real life. Many simulation games offer sandbox modes where there are no specific goals; players set up their own goals.

Popular simulation games include The Sims and SimCity and Railroad Tycoon.

Business simulation is a genre that works well for advergames, since any business can be turned into a game. Examples include Dairy Queen's DQ Tycoon and Walmart's Spark City. One reason this genre works well for advergames is that even brands that are not very exciting can yield interesting games, because the stakes are high—it's not just a dairy shop; your livelihood depends on it!

Sports games emulate their real-life counterparts. Pong, one of the earliest video games, is an abstract version of tennis. Since then every sport has been brought into the electronic world, and today games featuring soccer (FIFA 20), motor racing (Forza Street), and American football (Madden NFL 20) are extremely popular and part of massive franchises. Sports games were some of the earliest games that help change game player demographics, appealing to people interested in sports rather than fantasy or sci-fi.

In addition to—or even instead of—simulating the sport itself, many sports games allow the players to manage teams and the business side too, and these games have many of the same characteristics as simulation games.

The big games feature real teams, made from real players, and are incorporate real player statistics in the gameplay. This means sports games expand the licensing and merchandising of real-world sport; this makes it difficult (or expensive) to use real-world aspects in advergames. Advergames therefor usually use anonymous players and teams. They often go along with real-world sports events to benefit from the hype. Examples of sports games include Colonel Saunders’ Kentucky Fried Chicken Football Challenge and our own Touchdown and Hall of Fame.

Racing games. This is a popular subgenre of sports game, combining the thrill of high speed driving with competition. Popular racing games include the Need for Speed series, the Forza series, and the EA Sports F1 series.

Racing games are also a genre often used in advergames. Although car manufacturers are the obvious ones—for example, Ford Racing, Jaguar XJ220 and Toyota RUN—the genre is also employed by other brands: Monster Energy Supercross, Dorito's Dash of Destruction and Red Bull's Bike Unchained. One of our games Sketch Rally is an endless driving game where the focus is on scenery and the joy of driving rather than speed.

Puzzle games ask the player to solve problems. These can be logical puzzles, perception-based puzzles, physics puzzles, language puzzles, and many others. Currently, puzzle games are the biggest genre of mobile games.

Sokoban is one of the earliest popular examples. Minesweeper became one of the most often played games because it shipped with Windows. Portal is a recent example of a popular puzzle game.

Advergames in this genre include Quavers' Pushover and Cheerios' Playtime.

There are three flavors of puzzle game:

Action-puzzle games combine problem-solving with speed. Tetris is the first popular example of this subgenre. Match-3 games are action-puzzle games where the player has to match cells in a grid that are the same by clicking on them or bringing them together. Bejeweled and Candy Crush Saga are popular examples. Surprisingly, we could not find any advergames in this subgenre.

Word games. Word games were popular before the digital era, but especially social networks have made them extremely popular. Games like Scrabble and Words with Friends have millions of players. Word games are procedural, and therefore often extremely replayable.

We are not aware of word games used for advergames. We feature a word game on our business card, and use personalized word games (featuring words related to a person) as "thank you notes".

In strategy games, the player has to outthink their opponent to achieve victory. The genre of games emphasizes skillful thinking and planning.

These games have their origins in tabletop games such as Go and Chess. Popular strategy video games include Warcraft: Orcs and Humans, Starcraft, Age of Empires and Anno 1800. 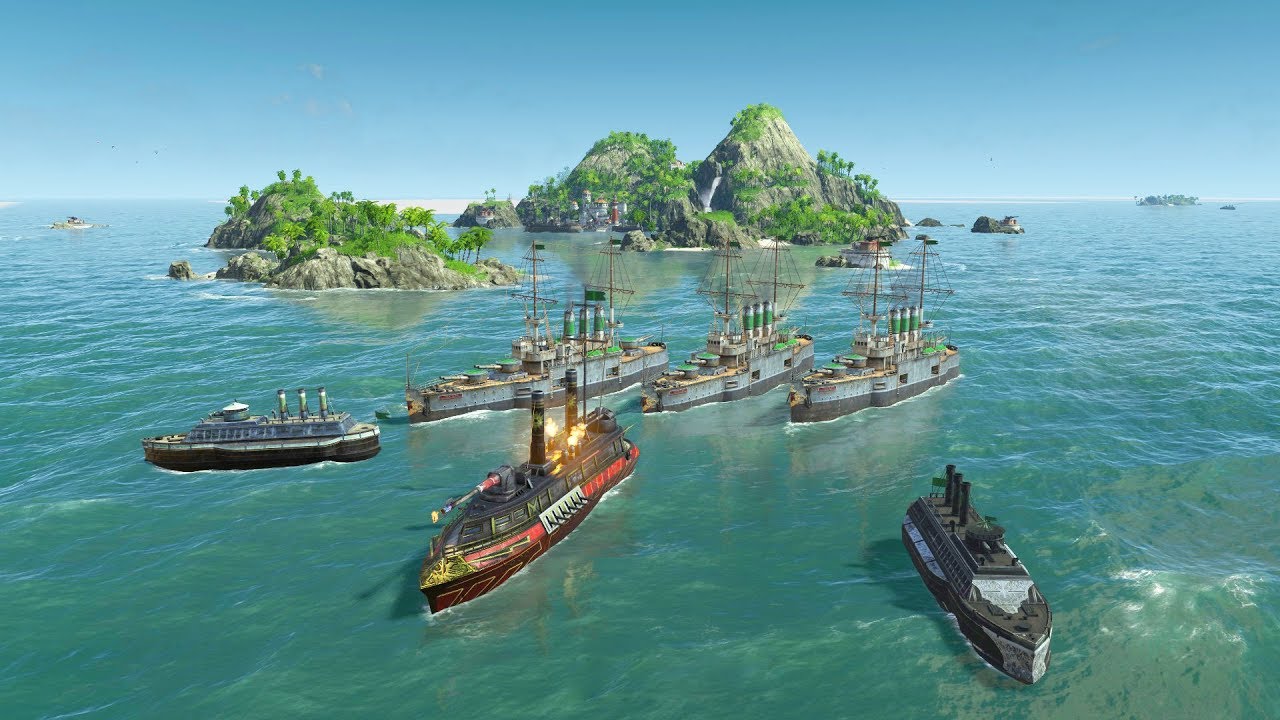 Clicker games (also known as incremental games). This is a minimalist strategy game, where the player needs to click to earn the game's currency at the beginning. Through purchases and upgrades, players can automate the farming action, ever-increasing the rate of production. (The strategy is in deciding what upgrades or items to get; however, in some games, the choices are not very deep.)

Examples include the genre-starter Cookie Clicker (still popular today) and Egg, Inc. Because of the dramatic change in scope over the course of these games (from a few cookies or eggs to trillions and trillions), the game story has an epic feel and can serve as vehicles for commentary on capitalism.

Because of the simple design, and easy way to change the theme, we think this genre is very suitable for advergames. So far, we are only aware of our own prototype Advolution.

In role-playing games, the focus is on growing a character—increase skills, collect items—in order to complete quests. Role-playing games derive from non-digital games such as Dungeons & Dragons, and share many of the mechanics. Important components of role-playing games include the game story, exploration, quests, collecting items, and character traits and capabilities.

Popular examples include Ultima I: The Age of Darkness, Final Fantasy, World of Warcraft, and Mass Effect.

Maybe because of their typical scope, this genre is not very attractive for advergames (we are not aware of any).

Have a look at our Advergame List broken down by genre. For a more complete analysis of different game genres, check out the article The Many Types of Video Games and their Subgenres.

If you are thinking about using an advergame for your business, please contact us to discuss a plan:

Get the latest news from our blog

CATEGORIES OF THE BLOG