The branded board game

Branded board games have been around for decades and were available before advergames (the oldest in our list was made in 1975); however, they are not as popular as their digital equivalent.

Many big brands have experimented with board games for marketing. Most opted to play it safe and re-brand or tweak existing, popular games like Monopoly or Uno, although there are some examples where brands have thought outside the box!

McDonald's has made at least 5 board games. Some of their games aim to educate customers on how their restaurants and play areas function, most target children, and of course all are used to market McDonald's.

In The McDonald's Game (1975), players play as one of the McDonald’s characters and move around the board collecting eight different McDonald’s food items. When landing on the “Let’s go to McDonald’s” space, players draw a menu card and read a food order. All the players must then quickly fill the food order by placing food items in the middle of the board. Each food item added gets 1 point and the first to 25 points wins. 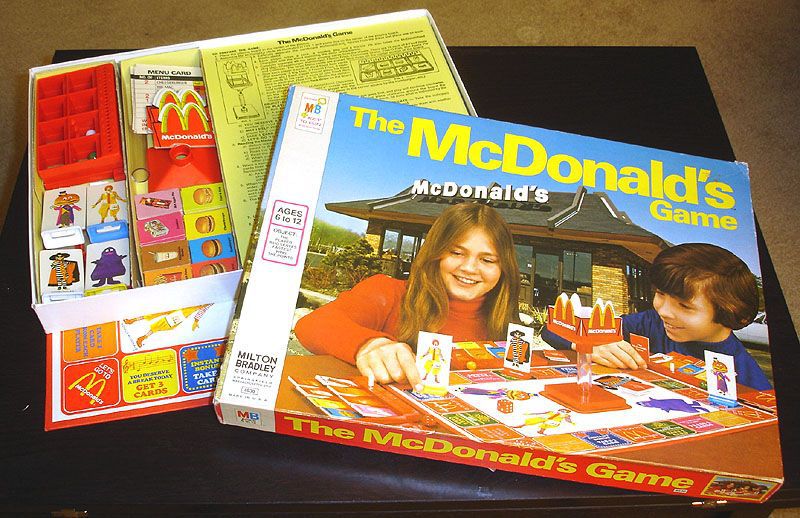 To commemorate their 100 year anniversary, Ford partnered with Monopoly to create Monopoly: Ford 100th Anniversary (2003). In this version of the iconic board game, players buy, sell and trade a range of vehicle models from Ford, ranging from their 1934 Woody Wagon to the 2003 GT. Classic features like Monopoly money are replaced with car themed features like Racing Dollars. 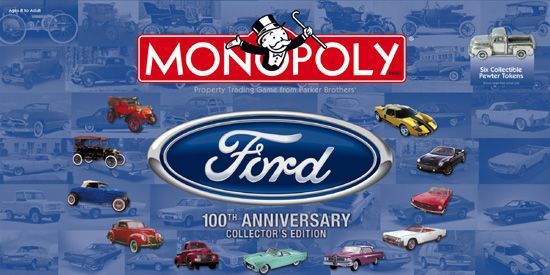 Another interesting Monopoly re-brand is Yellowknife-opoly (1997), made for the relatively unknown city of Yellowknife in the USA to celebrate their 50 year anniversary. Interestingly, the game is used to advertise local businesses by including in game advertisements on each space of the board.

Monopoly Empire, a themed Monopoly game released in 2013, features some of the worlds biggest brands in the spaces traditionally named after famous city streets. In this version, Coca-Cola and Samsung fill the most valuable real estate in the game, while other brands include eBay, Electronic Arts, Nestlé and Spotify. 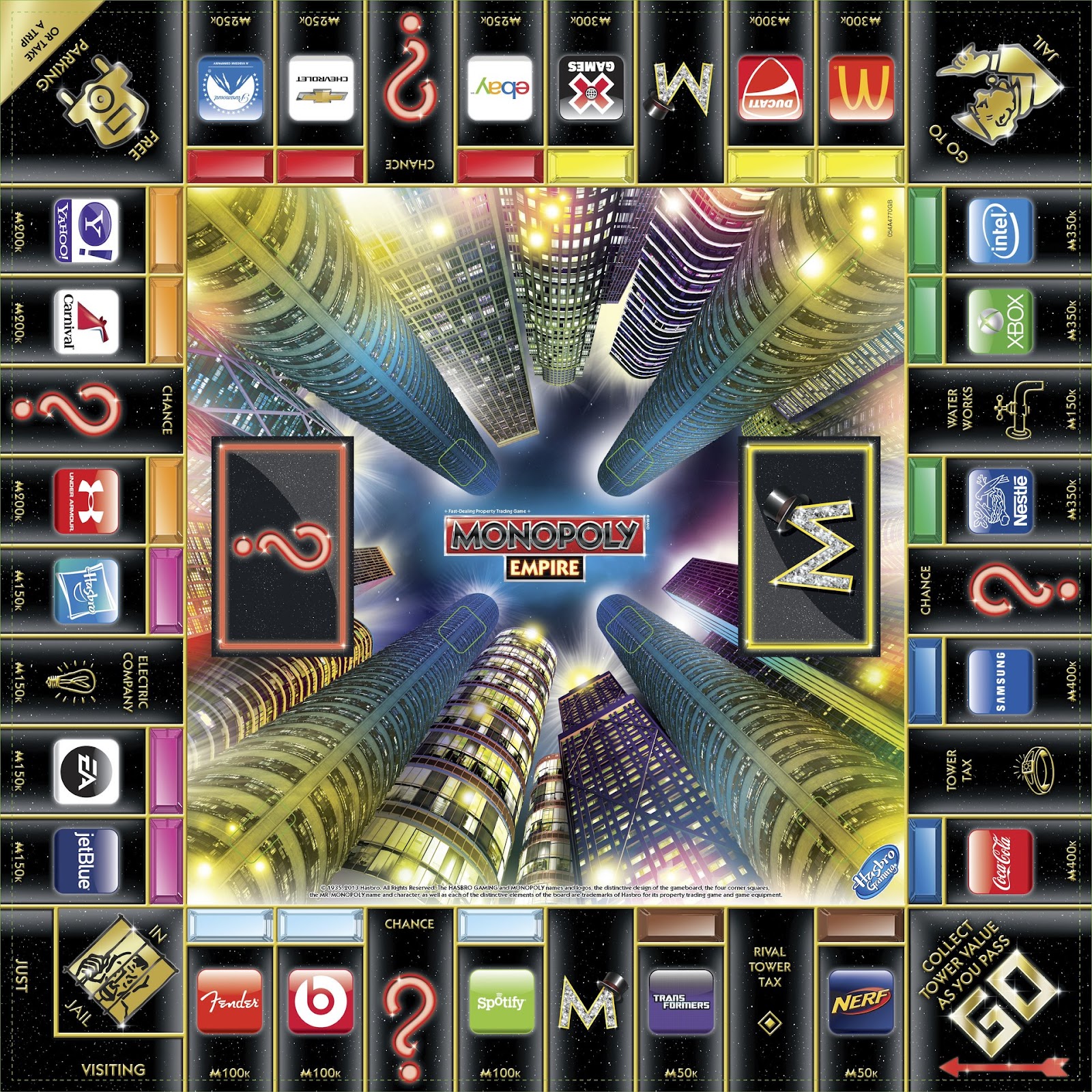 In Uno: Coca-Cola (2004), Coca-Cola went one step further by adding a new mechanic to the well-known game Uno. Coca-Cola’s version includes a "Thirst card" where the player who plays it must select any player to have their thirst quenched. The selected player must draw cards from the deck until he or she draws a red (think Coca-Cola!) suited card. Coca-Cola also brought out The Coca Cola Nascar Racing board game (2004), which simulates stock car racing and features some of Nascar’s top drivers. 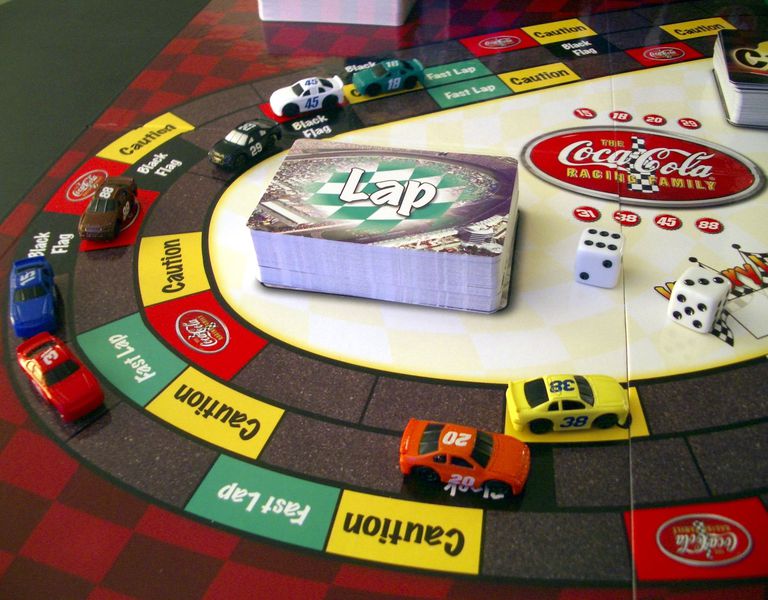 Bud Vs Bud Lite Checkers, as the name suggests, is a Budweiser version of Checkers that uses tiny beer bottles as the game pieces. 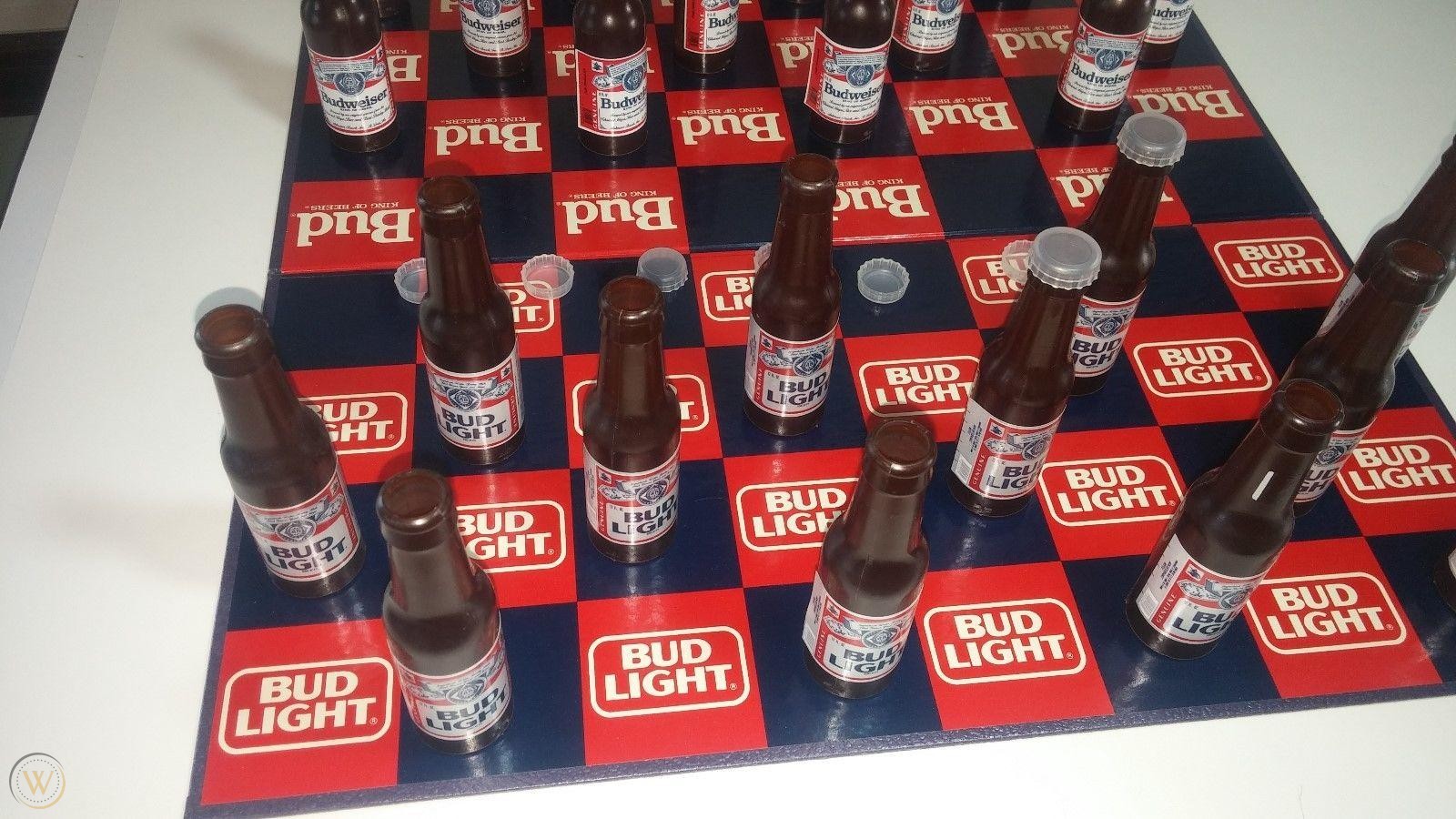 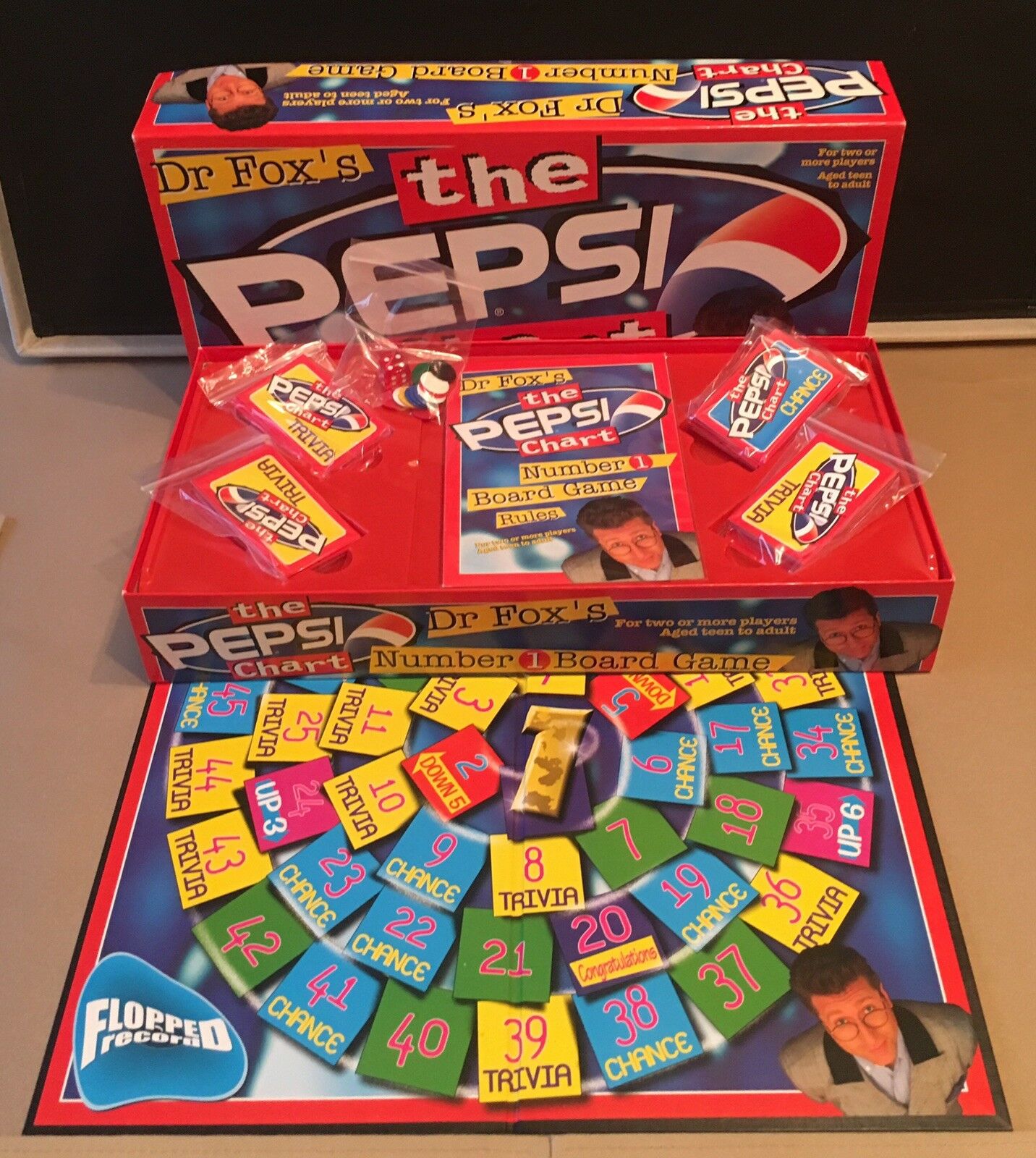 In Offshore Oil Strike by BP, players take control of deep-sea oil rigs, lay pipes and clean up oil spills. The board game was made in the 1970's and was mostly unknown until it ironically resurfaced after the Louisiana Gulf disaster in 2010. 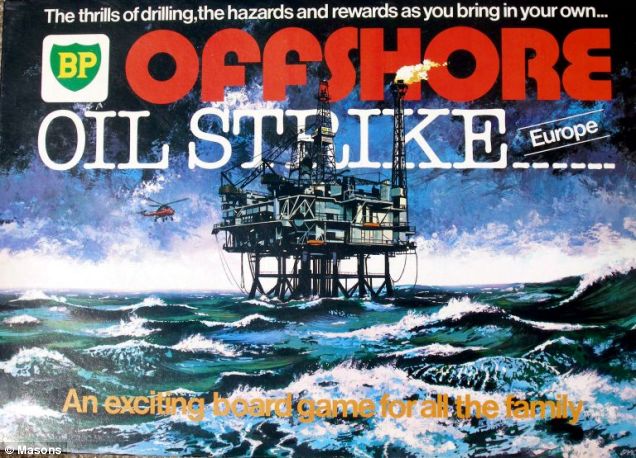 Using games as a corporate gift brings the added value of providing a fun experience for customers, making the giveaway less likely to be thrown away. 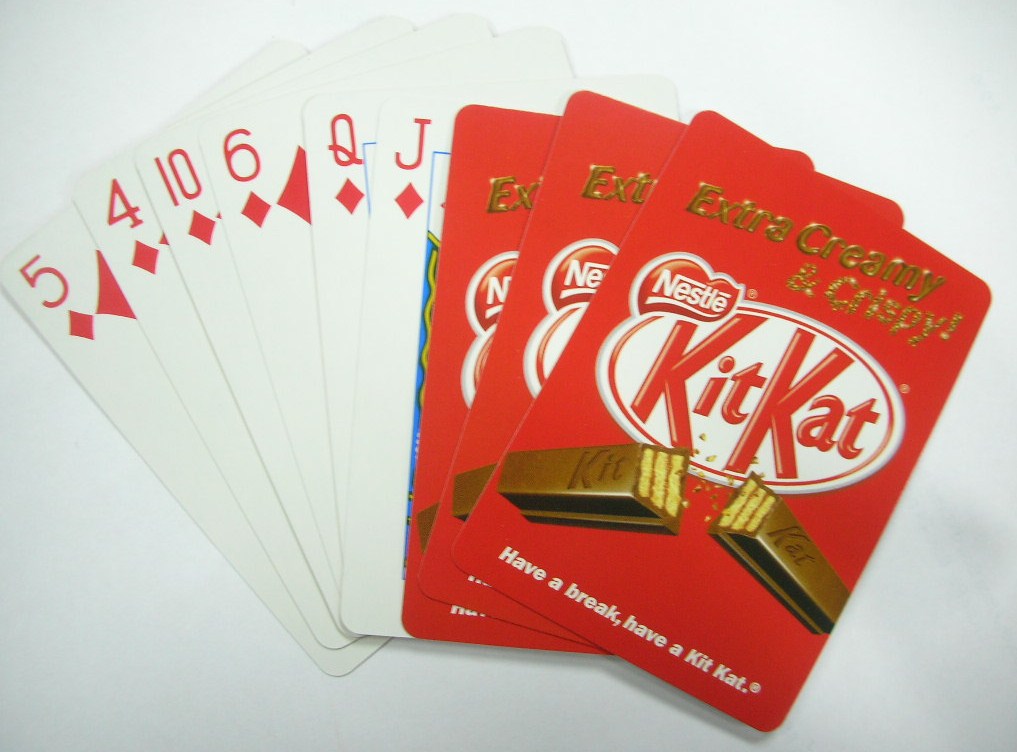 Besides corporate games, companies have also used toys such as yoyo’s, spinners, and marbles to promote their brand. 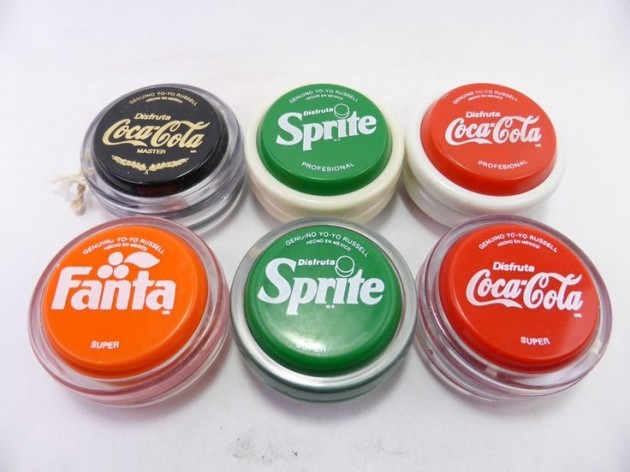 Company T-shirts are used to communicate brand values, messages, and slogans. When given away for free, company T-shirts can increase brand awareness, build customer loyalty and boost employee morale. The people that wear your T-shirts become walking billboards, promoting your brand wherever they go. When worn by the right people, such as influencers, they can reach 1000's of people. In short, companies t-shirts can be used to grow your business.

The Free Company T-Shirt is Tip #1 in the book 100 Days of Growth. At Plinq we’re using games to grow our own business, each day for 100 days in a campaign called 100 Days of Games for Growth.

The more interesting your T-shirt is, the less likely the recipient will throw it away and the more likely it will become a talking point. At Plinq, we help businesses increase their brand awareness and communicate their brand’s message using games. So to communicate our brand message, we made our T-shirt into a game. We assessed several game types and decided on a word search game (the rules are well known and easy to understand, and the content is flexible).

The Plinq team with Sebastián Díaz, CEO of Start-Up Chile.

Information communicated through games is also more sticky. Because players actively engage with the content and the game evokes emotions, the information is better retained.

The Plinq word search T-shirt has 30 words that communicates who Plinq is. Can you find them all?

Our business cards uses a similar game. When people are handed one, they’re usually interested by the unusual design. This immediately becomes a talking point. Often they’ll start looking for words straight away. The game brings with it additional value, making it less likely it will be thrown away and more likely they’ll remember us.

Games can also be used beyond business to communicate more serious messages. One recent example is the seesaw erected on the border between the USA and Mexico. The design underpins the message that good comes from working together, and relies on the innocent viewpoint of children for which the border is but an artificial barrier.

Get the latest news from our blog

CATEGORIES OF THE BLOG